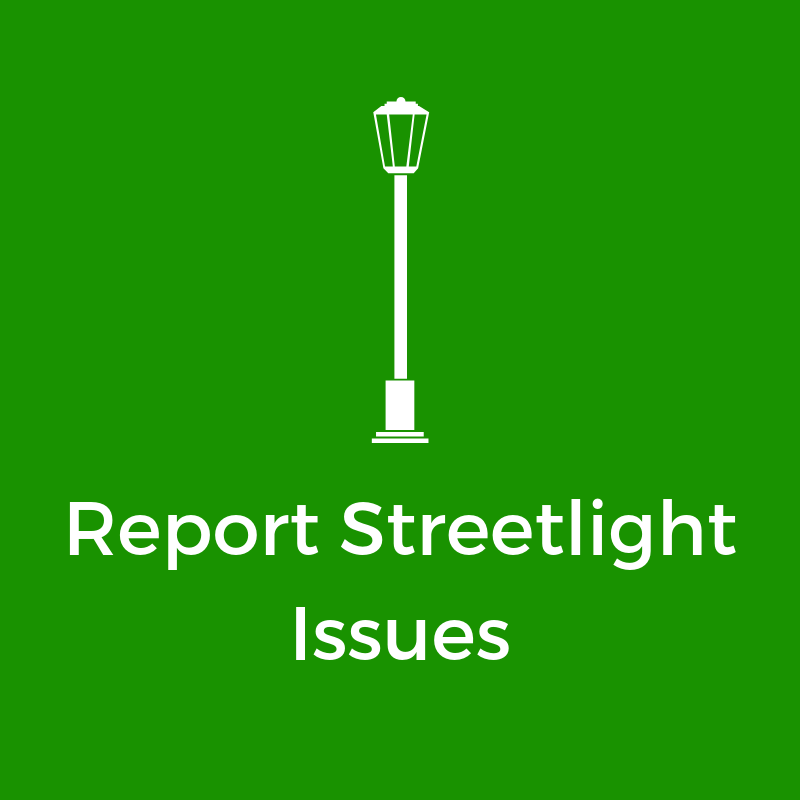 There are exceptions to what streetlights are now owned by the City.

If you are trying to report an issue with a streetlight that is not owned by the City, then please contact your Home Owners Association.

If there is an issue with a streetlight that may cause imminent harm to persons or property, then please call 911.

Why did the City buy these lights?

Simply put, the City saw an opportunity to reduce expenses and, at the same time, have a positive impact on the environment. The City estimates that once the streetlights are retrofitted with LED fixtures, we will save 1,800,000 kilowatt hours per year in energy, or about a 76% reduction in the energy we currently use for streetlights! That is a significant reduction in energy usage!

In 2015, the City, working in partnership with other member agencies of the Western Riverside Council of Governments (WRCOG), began investigating the idea of purchasing streetlights from Southern California Edison (SCE). Once purchased, the City would retrofit the streetlights with modern, energy efficient LED fixtures. The goal was to save money on the amount that SCE billed for energy consumption and maintenance of the streetlights. The savings would be used to finance the purchase and retrofit over a 15-year period.

The member jurisdictions of WRCOG will be purchasing nearly 50,000 streetlights and retrofitting them with LED fixtures, which represents one of the largest retrofit projects ever done in the Western United States. Industry experts with decades of experience with streetlights and the evolving technology of LED fixtures provided invaluable information to staff and elected officials when deliberating whether to proceed with the purchase.

The Basics of LED Lighting

LED lighting technology has come a long way in the past decade and manufactured efficiencies have driven down the cost so that LED streetlight fixtures are, in most cases, less expensive to purchase than traditional Low or High Pressure Sodium Vapor fixtures that have been used for decades.

Many people associate LED lights with glaring, blue hued lights that are hard on the eyes. Fortunately, LED technology has changed significantly in the past few years. LED streetlights can be ordered in a wide variety of specifications, including different color temperatures, different wattages which relates to the intensity of the light, different distribution patterns and have a much higher color rendering index (CRI) than High and Low Pressure Sodium lights that cast an orange glow. 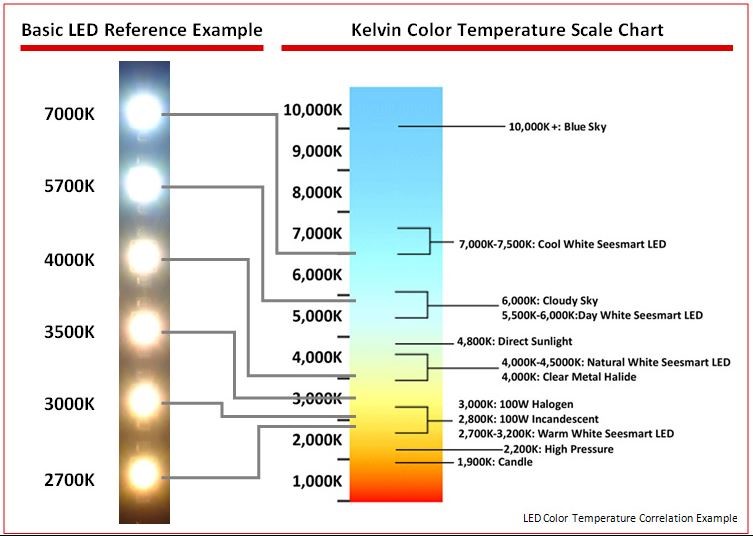 The goal when providing street lighting to residential neighborhoods is to provide a level of public safety and balance the brightness of fixtures so that streets are illuminated but light is not cast onto the front of homes or through windows.

The City has selected a 22-watt LED fixtures which provides a more ambient quality of light and will save a significant amount of energy over the current 70 and 100-watt High Pressure Sodium (HPS) fixtures commonly found in Eastvale residential neighborhoods today. The streetlights on major roadways in the City will be retrofitted with 84-watt LED fixtures.

The distribution pattern for all these lights have been selected so that the lights don't cast light backwards onto yards and only cast light out far enough to cover the road surface.

Here are some side by side photo comparisons of an actual residential street in Murrieta where test fixtures were installed and allowed City staff to see LED lights deployed in the field prior to finalizing our fixture selection. You can see the typical orange glow from the LPS fixture on the left which spills over onto the adjacent properties. There is less light intrusion from the LED fixtures, and you can clearly see more colors of the spectrum and a more natural light. 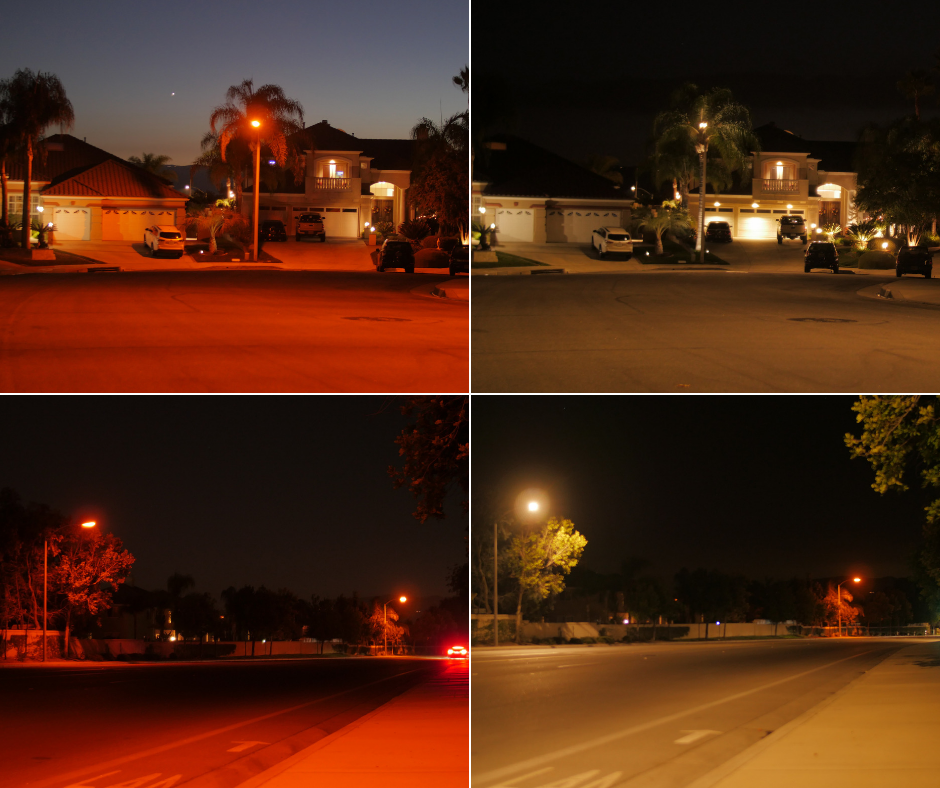