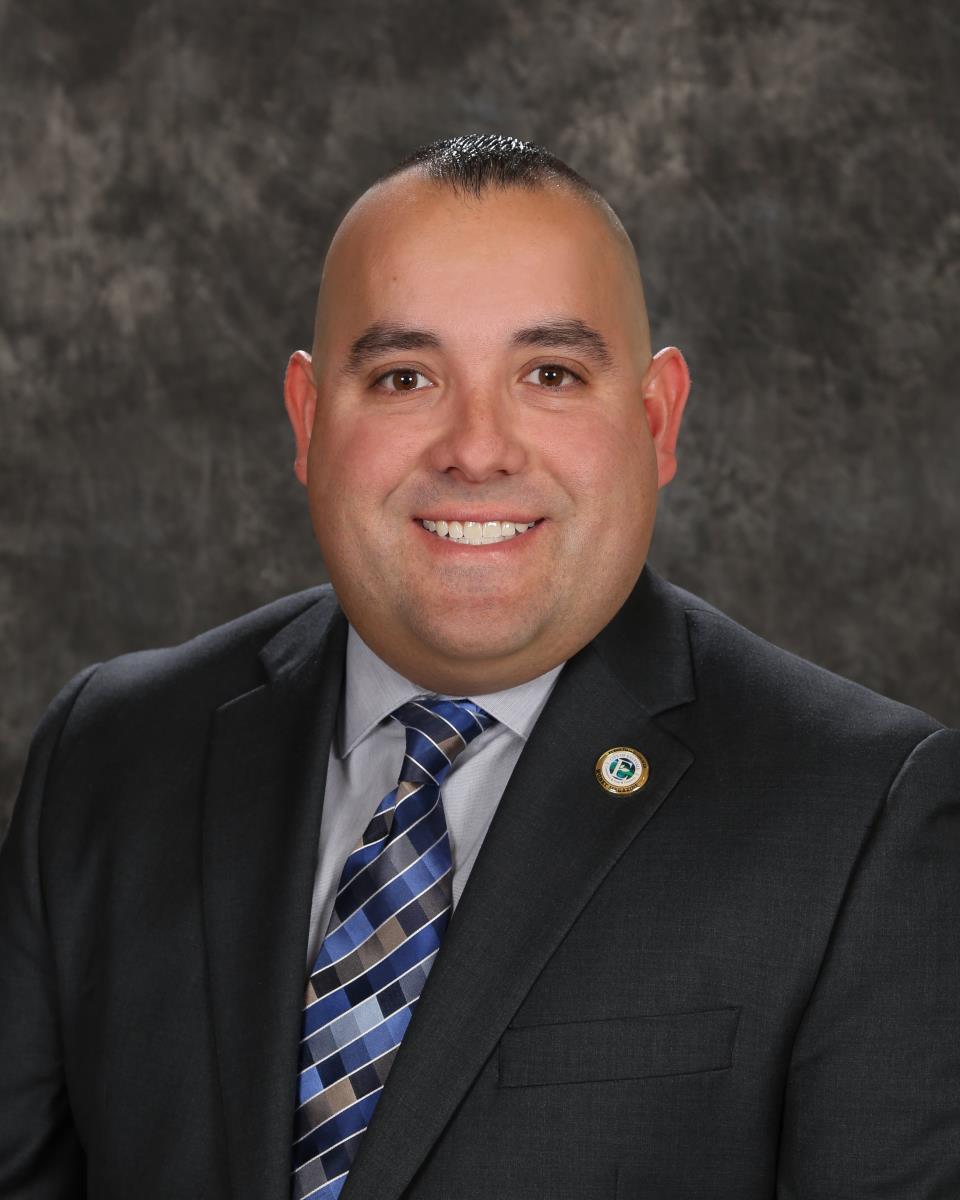 Commissioner Gracia has lived in the City of Eastvale for 9 ½ years all of which has been in District 3. He have been a Southern California native his entire life. He has been married to his wife Victoria for 10 years and they have a 9-year-old son, Joshua. Commissioner Gracia has 8 years of service in the United States Army (National Guard) as an infantryman at which point he was Honorably Discharged in 2005 at the rank of Sergeant.

He has been around law enforcement his entire life. He started off as a Sheriff’s Explorer for the L.A. County Sheriffs Department out of Walnut/San Dimas Station where he would eventually attended the Rio Hondo Police Academy at which point he was hired by the South Gate Police Department. During his tenure at South Gate P.D. he worked various assignments such as Field Training Officer, Prostitution, Gang Suppression.

Commissioner Gracia left South Gate in 2008 to join the Los Angeles Sheriff’s Department, with the goal of becoming a Sheriff’s Deputy Helicopter Pilot. He started off working in the Jails where he worked in a High-Power unit. In that unit he dealt with High Level Gang leaders in the “Mexican Mafia” where he developed informants, working with the FBI to assist in suppressing their criminal activities. He eventually made it back out to working the streets where he worked various assignments from Century Station, Transit, and Counter-Terrorism. While working Counter-Terrorism he received training through FEMA in Hazmat dealing with Chemical and Biological weapons. He received the training through FEMA in Alabama while actually training with live agents such as Sarin, VX, Anthrax etc.

Commissioner Gracia then tested for Air Support and scored #1 in the County of Los Angeles to transfer as a Tactical Flight Deputy (Observer). He successfully completed the observer training, which has a75-80% failure rate. As a Tactical Flight Deputy, his job was to coordinate ground units with dynamic and dangerous situations such as pursuits, foot pursuits, Officer/Deputy involved shootings barricade suspects, coordinating with Swat/K9 during swat operations, just to list a few.

Commissioner Gracia moved up the ranks at Air Support at which point he promoted to Pilot. He received his Commercial Helicopter rating along with a Drone Rating to which he currently holds. As a Pilot, he was eventually assigned as a Training Officer once again, training new Tactical Flight Deputies coming in. During his tenure as a Pilot he also conducted High Altitude Surveillance operations on Burglary Crews, Drug exchanges and buys with Cartels.  He also been trained for mountain operations, long line operations, and night operations in complete darkness using Night Vision Goggles to fly.

Mr. Gracia's law enforcement time as a peace officer encompasses nearly 15 years of experience and he looks forward to working with the Public Safety Commission to enhance the safety of the Eastvale community.