The City of Eastvale operates under the Council-Manager form of government. The Eastvale City Council has five members, who are elected on a nonpartisan basis. The five Councilmembers are elected by-district (District Map) and serve four-year staggered terms, and the Mayor is selected by the Council to serve a one-year term. The Mayor and Council serve as the legislative and policy making body of the City.  Councilmembers receive $400 per month stipend as compensation for their service.

Based upon their own studies and investigations, and the advice and recommendations of the City Manager and his staff, the Council makes basic, long range policy decisions for the city. The Council uses study sessions and committee meetings, beyond regular Council meetings, to help determine policy.

The City Council appoints the City Manager to act as the City's chief executive officer and a City Attorney to be the legal adviser for the City.

If you would like to send a letter to one or all of the Councilmembers, you may send it to the following address: Eastvale City Hall 12363 Limonite Avenue, Suite 910, Eastvale, CA 917520.

Click on the name above to link directly to their biography.  City Councilmembers may collectively be reached via email.  Please Note: All emails or written communication received by the City of Eastvale or City Councilmembers are public documents and public records, and are subject to disclosure to the public. 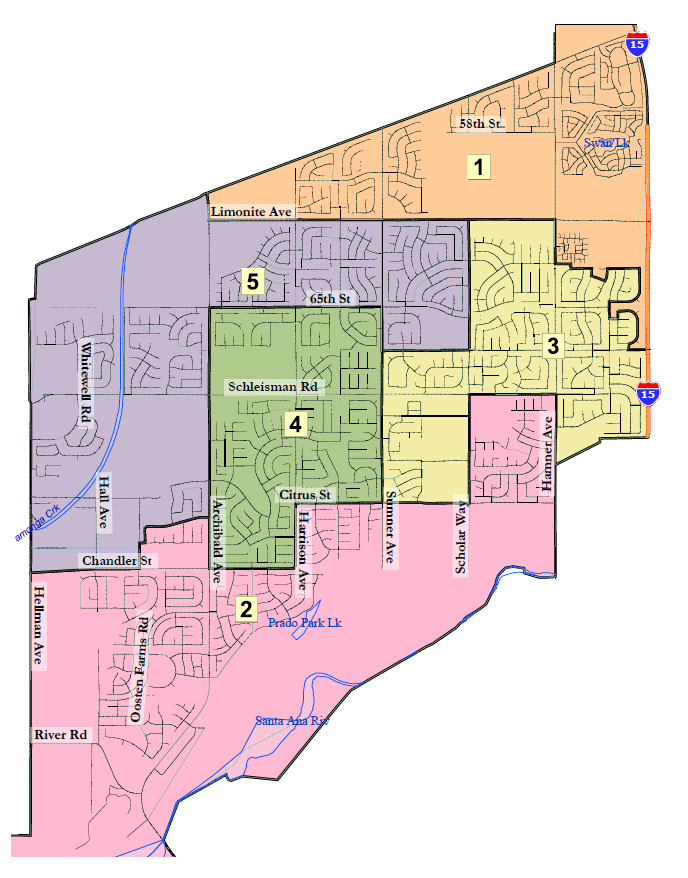 FORMS:
Speaker Request form - To be completed when requesting to address the council during the public comment period.

Upcoming Council meetings may be found on the City Calendar.

To receive emailed notices when agendas for future meetings and minutes from past sessions become available, subscribe in the eNotification section.