Eastvale, CA – The City of Eastvale is pleased to share we have been ranked as one of the top cities for low-risk fiscal health by the California State Auditors. As part of the California State Auditor’s high-risk local government audit program, the Auditor established a process for determining whether a local government agency is at risk of fiscal distress. 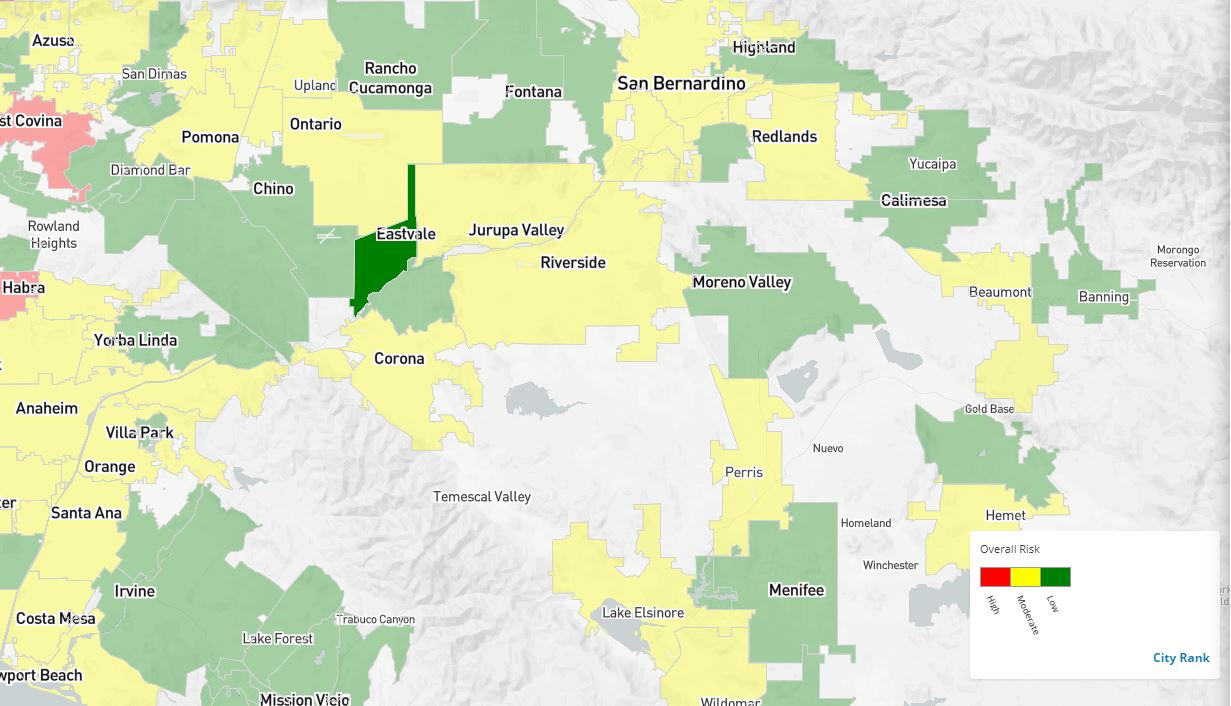 The State Auditor’s office analyzed fiscal distress by performing various financial comparisons and calculations, referred to as financial indicators. The City of Eastvale was proudly ranked 451 out of the 471 cities for the 2016-2017 fiscal year for overall high-risk fiscal health. Cities are ranked in order of fiscal risk – from high risk to low risk. “We are very proud to be ranked as one of the top 20 cities with great over-all fiscal health,” Mayor Todd Rigby said. “This is certainly the type of results that are exceeding Eastvale’s expectations and we expect to continue this strong financial approach for years to come as we attract more businesses to Eastvale.”

The data utilized by the State Auditor is from the fiscal year 2016-2017, the table below gives an overview of Eastvale’s progress since the 2016-2017 audit.

About the City of Eastvale

The City of Eastvale was founded on October 1, 2010, as an independent local government agency, governed by a five-member, elected City Council.  The City of Eastvale serves over 73,700 residents and encompasses 13.1 square-miles in western Riverside County.  Eastvale is a young and dynamic community filled with economic opportunity, tremendous growth, and strong values.